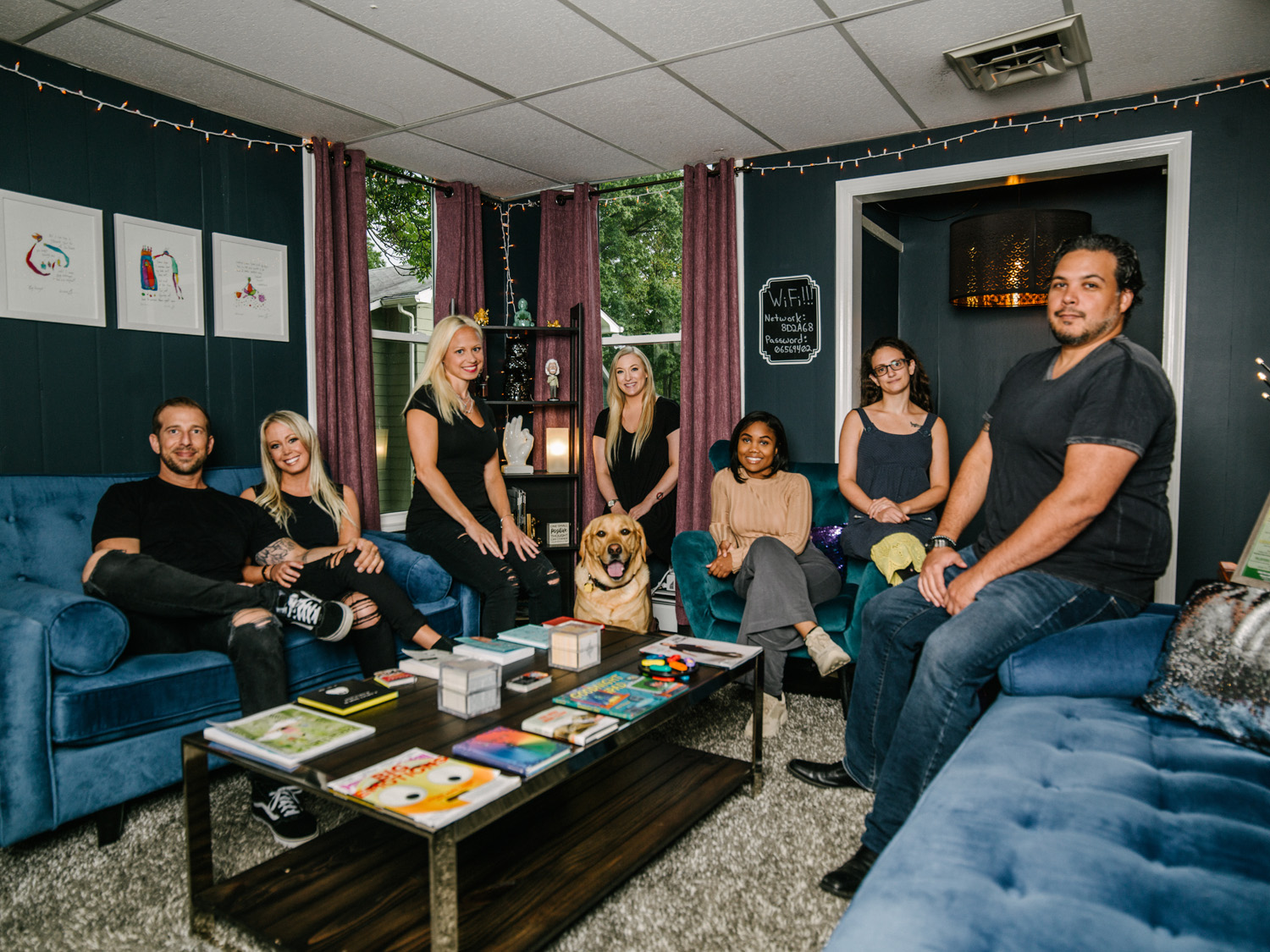 At Blueprint, we have hand selected the most authentic and clinically driven therapists on the planet! We are a comprehensive team that provides the absolute highest quality of clinical care. While we all have our own specialities, we all take a proactive and real world approach to counseling. We meet regularly as a team and provide feedback to each other on every single client that comes through our practice. So while you will have your own individual therapist that will be selected based upon your needs, know that you have an entire team of clinicians working to ensure you have the support that you need on your journey. We look forward to seeing you at 73 West End! 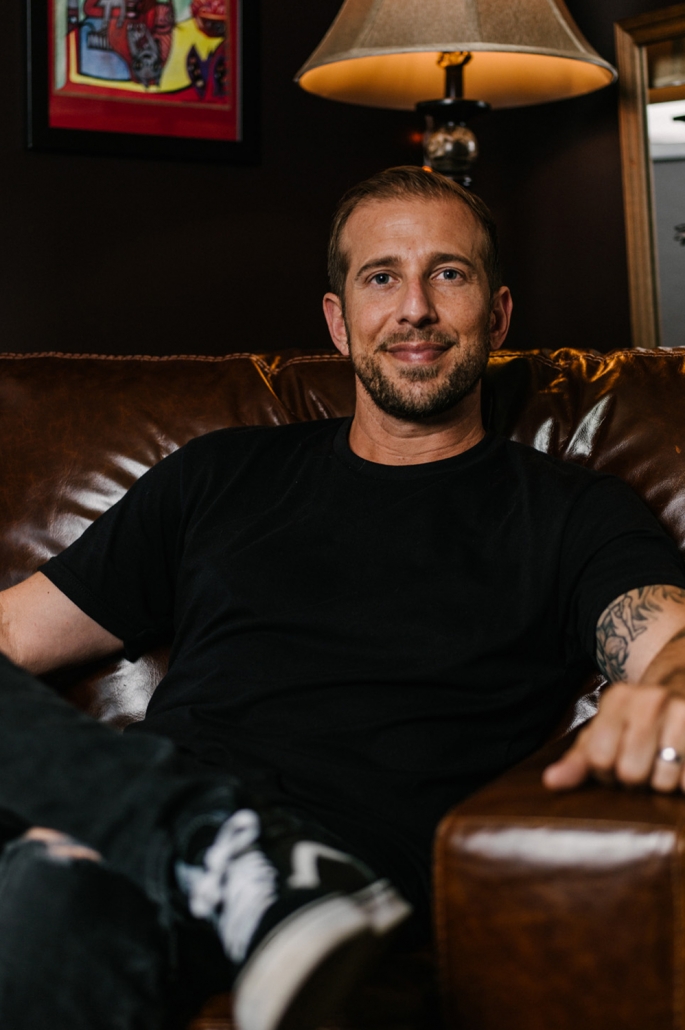 John Mopper spent about 5 years working in the music industry as an entertainment publicist and manager. After witnessing the effects the pressures and demands of this industry had on the well-being of the young people he was working with, John decided to switch gears and turn his focus toward the study of mental health. After receiving a graduate degree in Clinical Mental Health Counseling, he began working for one of New Jersey’s largest Partial hospitalization facilities in their adolescent and young adult programs. While working in these programs, John was foundationally trained in Dialectical Behavioral Therapy (DBT) and was a primary therapist on their DBT adherent team. Throughout his time on this team, he visited over 60 schools in New Jersey and conducted trainings for school counselors on the use of DBT in a school setting. John’s approach to DBT has evolved over the years and he now prides himself on presenting a “real world” and fun perspective to an approach that can be somewhat dry at times. In 2018, John Merged his practice with his fiance, Michele who now co-owns Blueprint with him. In his free time, he enjoys walking his  Yellow Labrador, Toby (Blueprint Therapy Dog in Training) around Somerville where they live, cooking and checking out new restaurants. 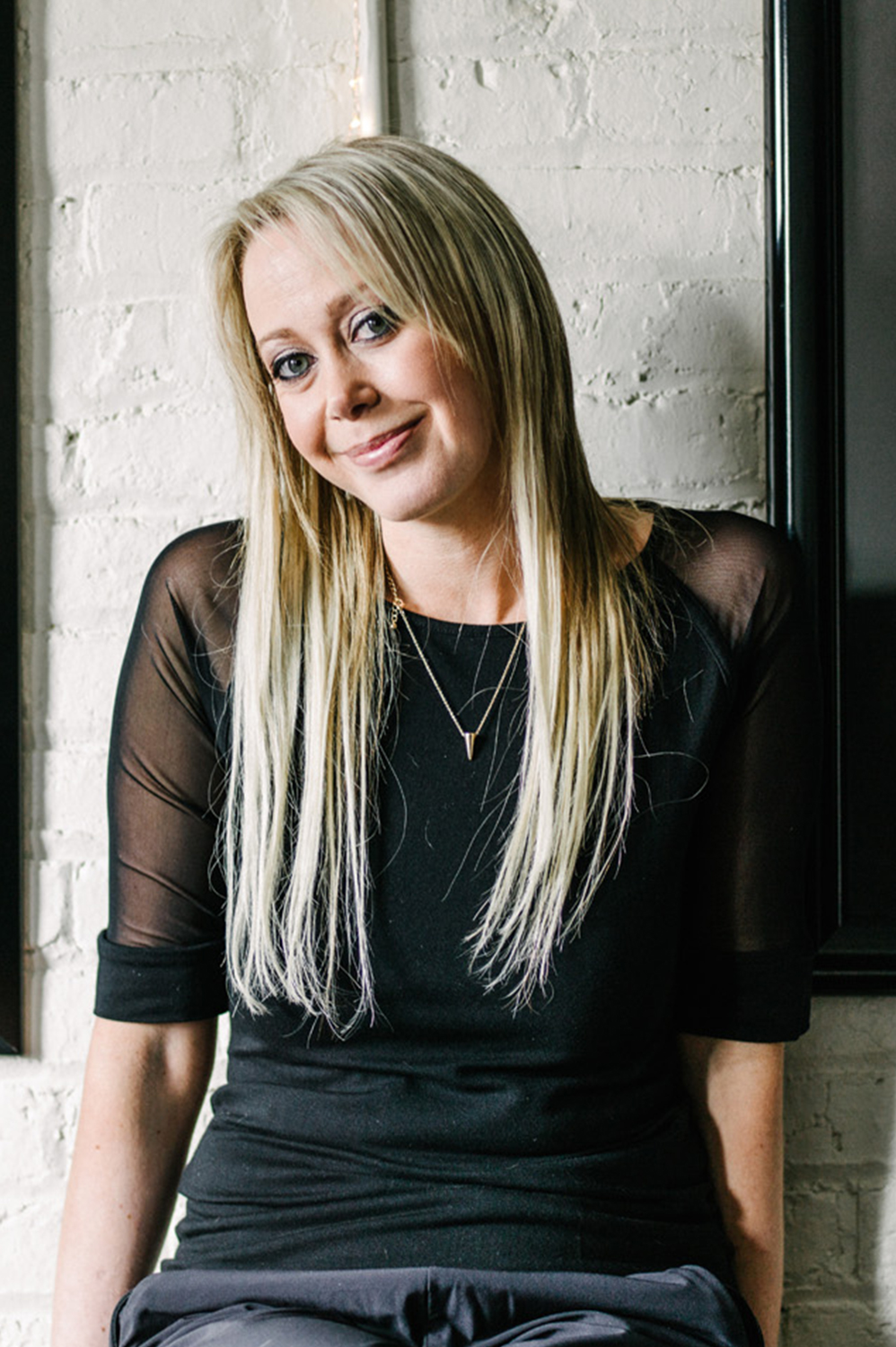 Michele spent six years at one of the largest child and adolescent outpatient program in NJ moving through various clinical and supervisory roles, including Program Director. Within those six years, she additionally opened her own private practice, True Triumph Counseling, and went back to school to train at the Ackerman Institute of Family Therapy in NYC. John proposed to Michele in the summer of 2017, and in 2018 Michele merged her practice with Blueprint and became a co-owner alongside with John, and continues to supervise other clinicians.

Michele specializes in child and adolescent family therapy and parent coaching. When kids shut down or act out, it leaves a parent lost as to what’s going on with their kid, what to do, and how to talk to them. Through gaining a strong rapport with the whole family, she helps them acknowledge what’s going on, and build skills to talk to each other differently. Basically, she helps families understand each other and like each other again.

When she’s not in the office, you’ll find Michele obsessing over animals, eating sushi, watching friends, and listening to Bon Jovi. 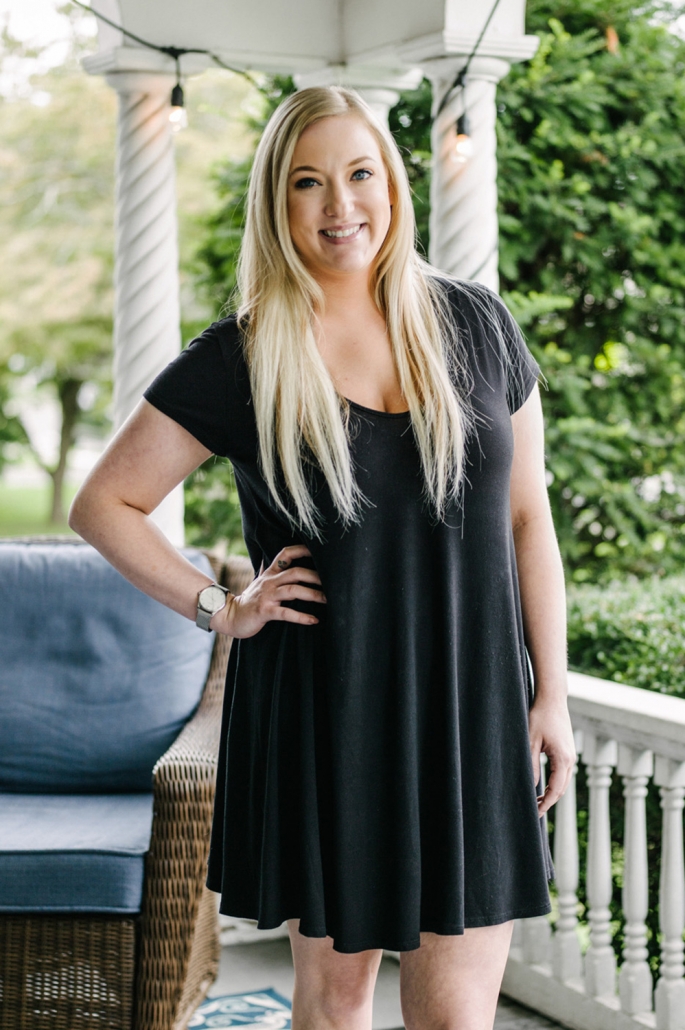 Cathy is the first person you’ll speak to when you call Blueprint, as along with being a killer therapist, she’s also our client relations rep. She uses a unique and individualistic approach to treating each client and their family. With experience in both intensive outpatient and partial hospitalization programs, Cathy pulls from a variety of different approaches, including CBT, person centered and motivational interviewing. She’s also pretty funny, which really helps for her to connect to her clients. Outside of counseling, she loves spending time with her three hairless cats (seriously…they’re hairless), watching MMA, attending concerts and playing classic video games. 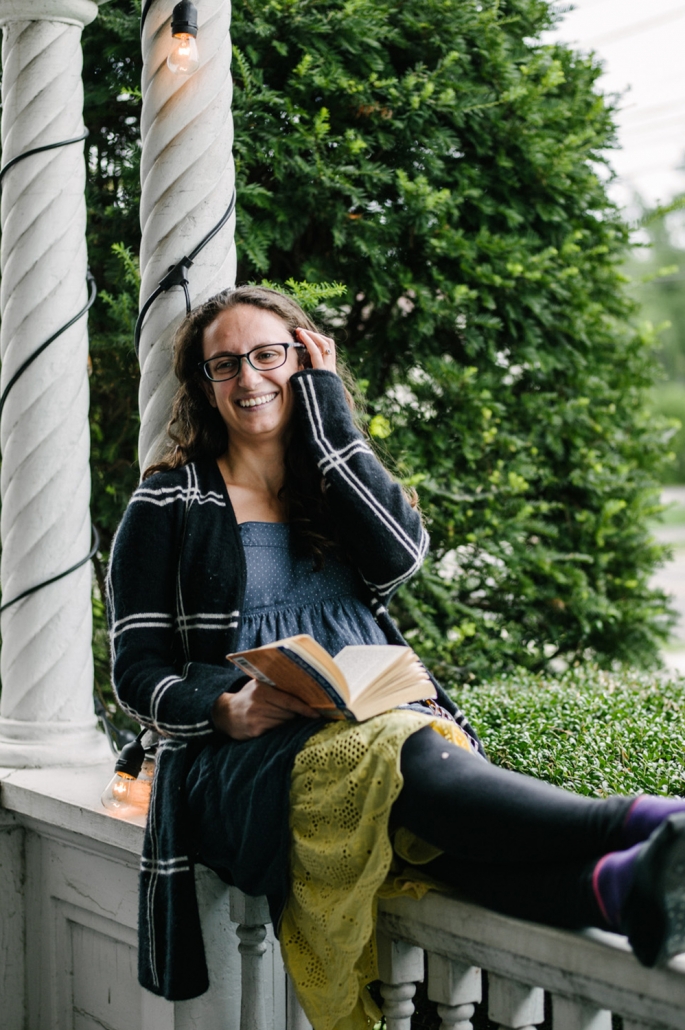 Leah is a child, pre-teen, and adolescent therapist who has been working in the mental health field for the past five years in both inpatient hospital and intensive outpatient settings. She specializes in working with children on the younger side who are struggling with various issues including social skills, communication skills, and general coping skills. She loves to work with families and be part of their process in helping them better understand their child and their behavior. We have seen her work what seems like magic with children and their families; but in reality, it’s just incredible clinical work. She is an incredibly gifted therapist with a very unique (and we think quirky) personality, earning her the title of “The Magician with the Littles”.

She is an avid gardener and enjoys being outside during warmer seasons, or crafting and watching movies during the colder months. We are excited to bring her gardening skills and infectious laugh to Blueprint. 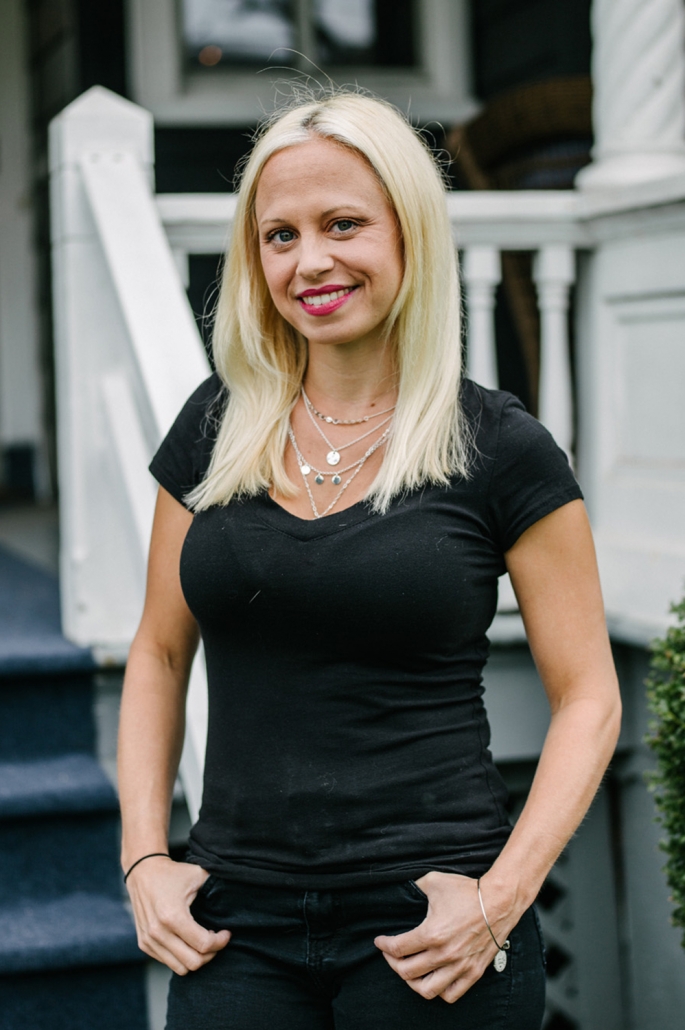 Sarah works with children, teens, and young adults. She has experience in the field in numerous intensive treatment facilities, including residential and partial care programs for young adults and adolescents. She specializes in Dialectical Behavior Therapy and Cognitive Behavioral Therapy that focuses on exploring her clients past and present thoughts and behaviors. Her goal is to help her clients develop confidence in how to cope with the world around them. She additionally specializes in maternal mental health, including postpartum depression and anxiety, and prenatal depression and anxiety. Sarah brings a variety of experience into Blueprint in addition to her contagious positive energy and sense of humor.  In her spare time, she likes to take her son (her mini-her) on the swings, go for jogs, and play with her adorable dogs. Clearly, we are all animal people at Blueprint. 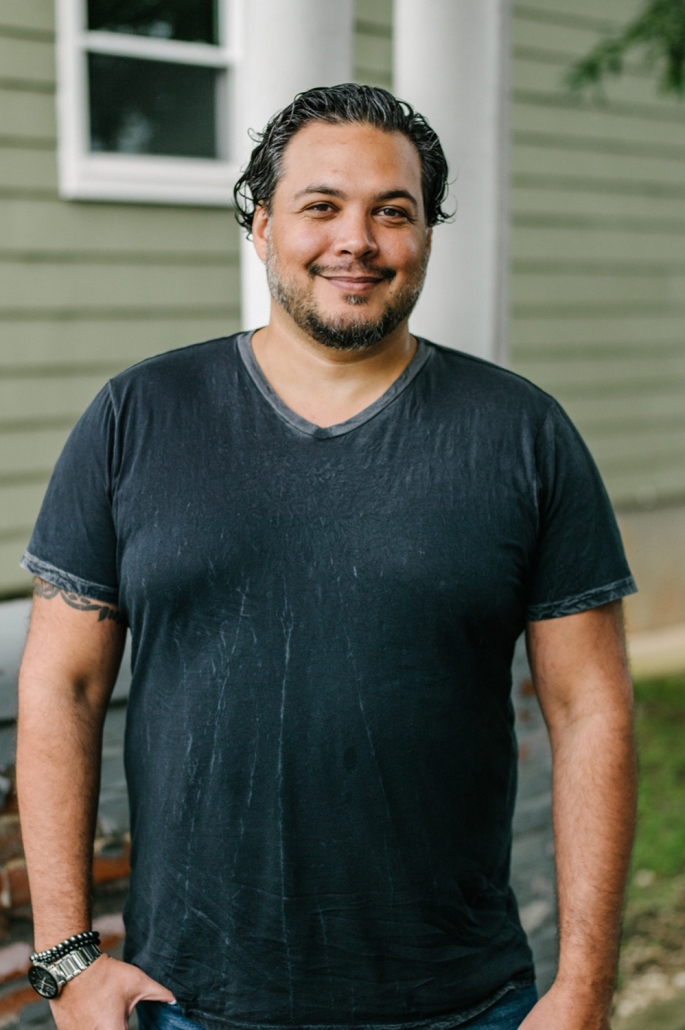 Jason Marchitto received his undergraduate degree in sociology and psychology from the University of Arizona. Upon returning to NJ Jason completed his MA in clinical counseling psychology and from there proceeded to become licensed as a licensed professional counselor. Jason began his work at an outpatient partial care agency as a group facilitator and clinical specialist/case manager for the adults suffering with addiction and severe and persistent mental illnesses. Working his way through a variety of positions, Jason ultimately worked as a clinical program director at an outpatient partial care facility for several years while starting to work in private practice. Looking for a change and a desire to help others directly, Jason left the agency in 2008 to work as a student assistance coordinator (SAC) in a public high school for the last 11 years. During this time, Jason also received his LCADC and certificate to supervise associate counselors.

In his work as a SAC, Jason is known as an advocate for adolescents dealing with a range of issues not limited to divorce, relationships and bullying to substance abuse, and mental health issues. He applies his personal wealth of knowledge from life experiences and his training to approach his clients from a person-centered empathy based style while applying the concepts of CBT and essential humanistic compassion. Jason also has a deep understanding of the treatment for anxiety disorders and the use of ERP applied to the less understood subtypes/manifestations of OCD (“Pure-O” obsessions and mental compulsions).

When not working as a therapist, Jason enjoys simply enjoys good food, good movies, being around friends and spending time at home with his wife and children. 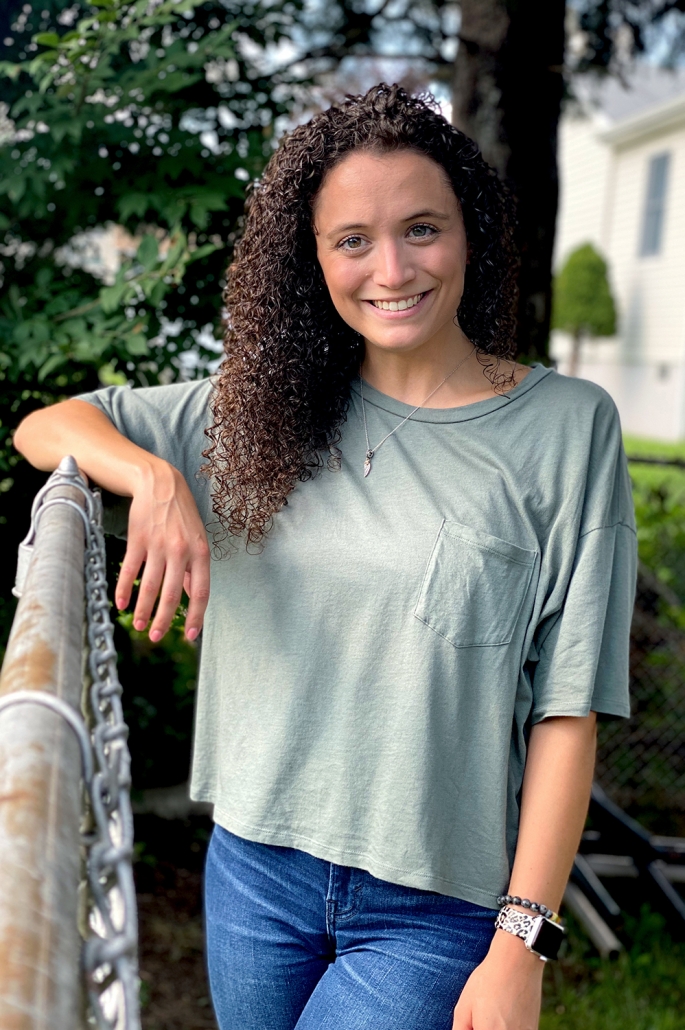 Lindsay earned her Master’s degree in Mental Health Counseling from Caldwell University, following a Bachelor’s degree in Psychology and Sociology. She is currently a Nationally Certified Counselor as well as a Licensed Associate Counselor, working towards becoming a Licensed Professional Counselor (in a few short months). Lindsay has experience working with children, adolescents, and adults in the partial care and intensive outpatient settings. She feels privileged to be a trusted part of each person’s personal healing process and notices that every person’s process will be unique. She has an eclectic approach to therapy, pulling from many different modalities (DBT, CBT, Solution Focused etc…) and feels strongly that there’s no “one size fits all approach” to counseling. This ensures that each client will receive a specialized treatment that’s unique to them. Lindsay is passionate about working with people throughout their therapeutic journey and encourages them to find the strength to grow, develop, and achieve their personal goals. In her free time, you can find Lindsay trying out new restaurants with her fiancé, playing with her pup Zoe or relaxing with family and friends! 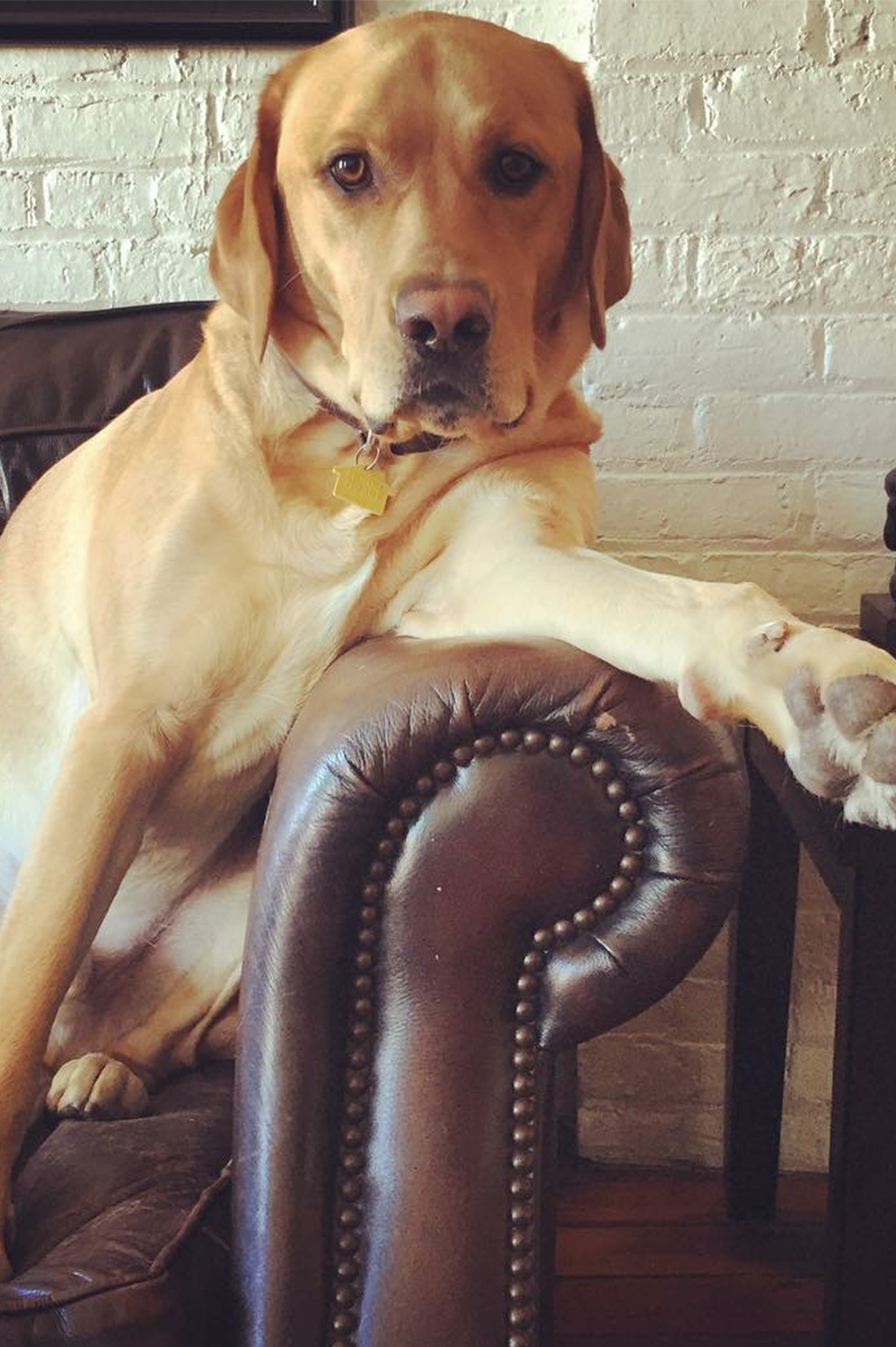 Hello, humans. My full name is Tobias Chad Mopper but my friends call me Toby. I am a three-year-old “American Yellow Lab”, and Blueprint’s Therapy Dog In Perpetual Training. See there is a difference between American and English Labs. English labs are shorter and stockier than I am. As an American Lab, I am taller, leaner, and according to everyone I meet, “such a beautiful dog” (You may have already thought that when you looked at my bio picture).  My humans John and Michele own the place, which allows me to be at Blueprint whether I have my therapy dog certification or not. It’s not that I’m not capable of passing the test, I just refuse to conform to their fascist policies and what a “good therapy dog” should be like.  In my spare time, I love hanging with my baby kitten sister Penny (she was an accident), Monday nights (steak nights), kickin it with my homies at the dog park, posting my thoughts on our Instagram, and invading my human’s personal space. All kidding aside, my number one favorite thing in the world is putting smiles on people’s faces, especially when there are treats involved. Look forward to seeing you at 73 West End. 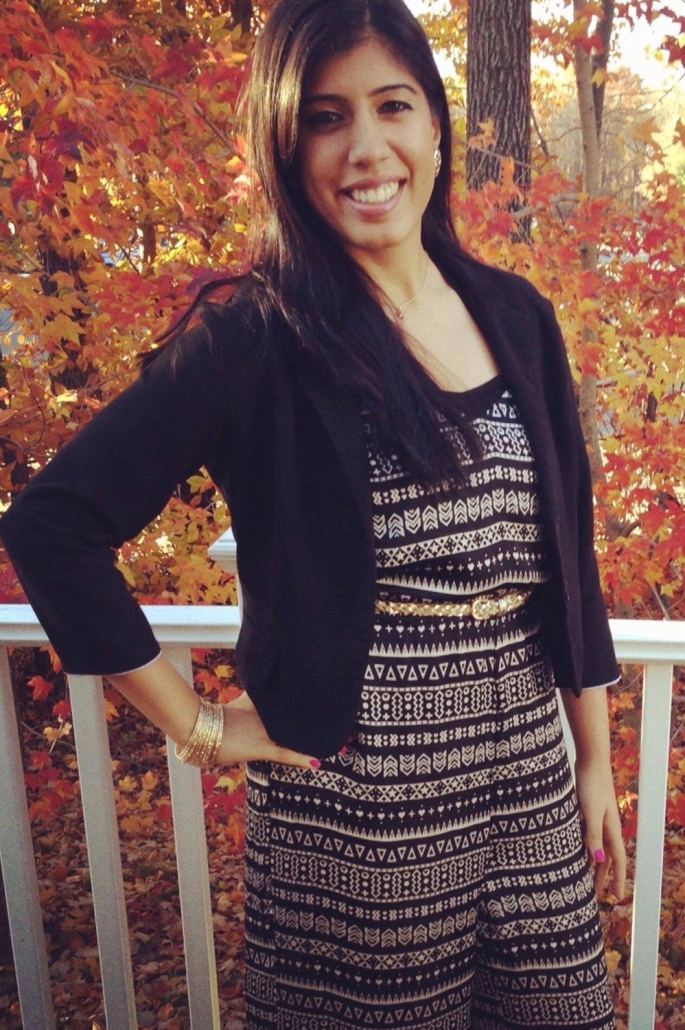 Surbhi has been a school counselor since 2015 and is the newest member of the Blueprint Family. As a Licensed Professional Counselor, Surbhi specializes in adolescents suffering from anxiety, depression, grief and school phobia. Our youth today receive more stimulation from social media and other sources than previous generations and it is often overwhelming to manage and feel in control. Using cognitive behavior therapy and mindful meditation, Surbhi is able help her clients gain new skills and confidence in taking one step closer to a healthier mind.

During Surbhi’s “Me Time,” you will find her breaking a sweat at the gym, watching “The Office” or finding another piece of décor that has either an elephant, pineapples or palm trees on it, oh and pizza is her weakness! 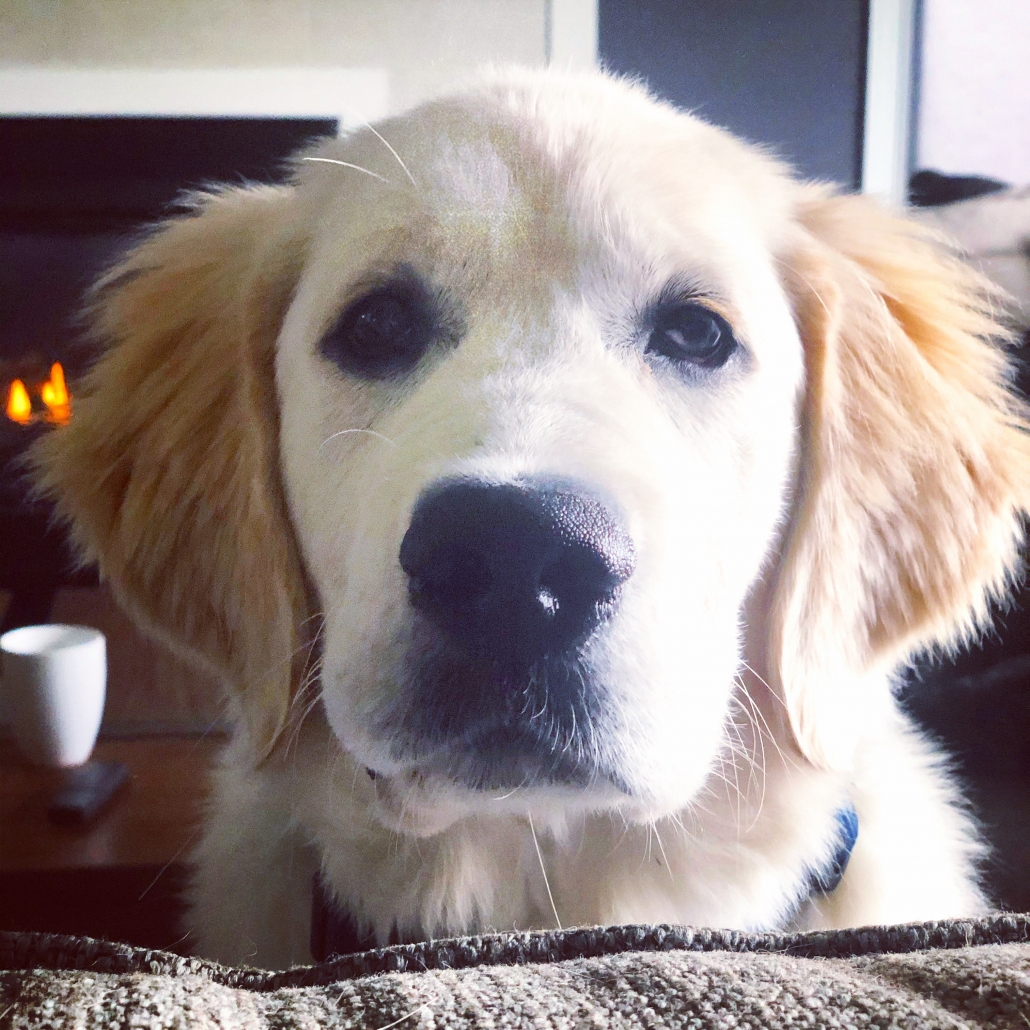 Hi guys! My name is Charlie Blue and I’m the newest addition to the Blueprint Fam. My mom and dad, who are the owners of the practice, are those people that you might have heard about that decided to get a dog during quarantine. Because they have been home with me every day since the day I came to my forever home, I am constantly in desperate need of human interaction and snuggles. When I’m not busy warming the hearts of all who come in contact with me or posing for my personal Instagram account, I enjoy chewing on my big bro, Toby’s ears, following my mom everywhere she goes and pimping myself out for belly rubs whenever possible. I really hope that I get to meet you soon over at 73 West End so that we can become friends forever.